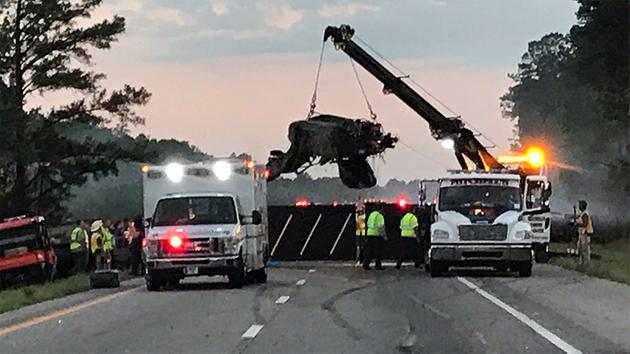 By Repost of an Article
by Eric A. Morris
A few posts ago I wrote a piece about traffic incidents —some of them quite bizarre—that can cause road congestion. Many of these are due to reasonable or at least understandable causes; for example, we need to have road construction, although here in L.A. we wish we didn’t (more about our “Carmageddon” when the results come in.) 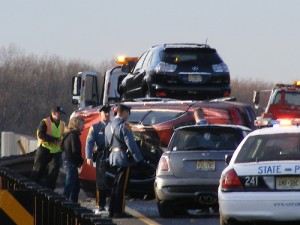 But perhaps the most galling and unnecessary source of incident-related congestion is “rubbernecking.” As we all know, terrific jams can be caused even when the wreck(s) is moved out of the traffic lanes, as passing drivers gape at the carnage. It’s been quite a long time since we shared a common ancestor with the vulture, but evidently an evolutionary tie is still there.

Rubbernecking is one of the more interesting cases of moral whipsawing I can think of. All the time we sit in the jam we curse the drivers in front of us for their blood lust. But when it’s our turn at the front of the line… well, just a quick peek. Even if the sight of twisted metal doesn’t thrill you, curiosity about what on earth just caused you to waste 45 minutes is often just too powerful to resist. Besides, we waited our turn and it’s only fair that we senselessly victimize others the way we were just victimized ourselves. Karma, I guess.

The pinnacle of transportation-related annoyance may be that not only does rubbernecking take place along the route where the accident happens, but it can even cause severe jams in the lanes going the opposite direction. So a few years ago I had what I thought was a bright idea: how about setting up screens at accident sites to hide the scene and prevent gaping?

Finally, somebody is trying out this idea in practice. The Highways Agency in the U.K. has tested such screens. (For more see this, this, this, and this, which leads you to several other links.) The bottom line is that the screens are not perfect; for example, the barriers to which the screens have to be attached vary in size, which creates problems; the screens are vulnerable to wind; the decision about whether to deploy them must be made very rapidly; they have to be able to be set up quickly and safely, etc. Thus they are not suitable for all accident sites. However, as the links above indicate, test results have shown they are effective.

As a result, the screens were deployed for operational use in September 2010. The earliest reports have shown they indeed work; one police official marveled:

“The screens used to protect the scene worked extremely well; what a transformation in the traffic flow for the northbound traffic once they were up.”

However, I have had trouble finding up-to-the-minute data on their performance. Do any of you have more recent info? I’d particularly love to hear from my readers in the U.K. who may themselves have experienced the screens in action.

Hopefully these big screens will work, and people will stick to getting their mayhem and destruction from the small screens in their living rooms.